Last week was a bit crazy for me.  I had reached out to the librarians at the two high schools in town and the middle school about my book and to see if they’d like it in their collection.  I got an almost immediate response from the librarian at my old high school, saying he’d love to have a copy and for me to stop in so he could get a picture to put on display.  Then I got a response from the middle school librarian a few days later.

So Monday I went to my old high school and it was great being there again.  I know most people wouldn’t say that, but I did actually enjoy high school and loved every second of it.  I also went to a tech school, so I spent half of my time in shop (Drafting) and the other half in regular academics.  After visiting with the librarian (who was there when I was a student 10 years ago) and dropping off my book, I went to visit my old shop teachers and a few others who are still at the school and will be retiring this year. 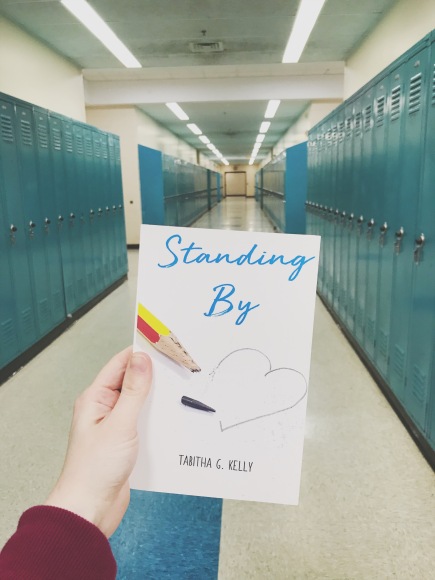 Standing By at the middle school – where my characters were born

It was just surreal this week.  I spent a lot of time writing with the characters of Standing By at both of these schools, and now the characters have a place on the shelves in an actual novel.  I guess this is one of those things where I have to say that dreams really do come true if you really work for it… because, well… they do!